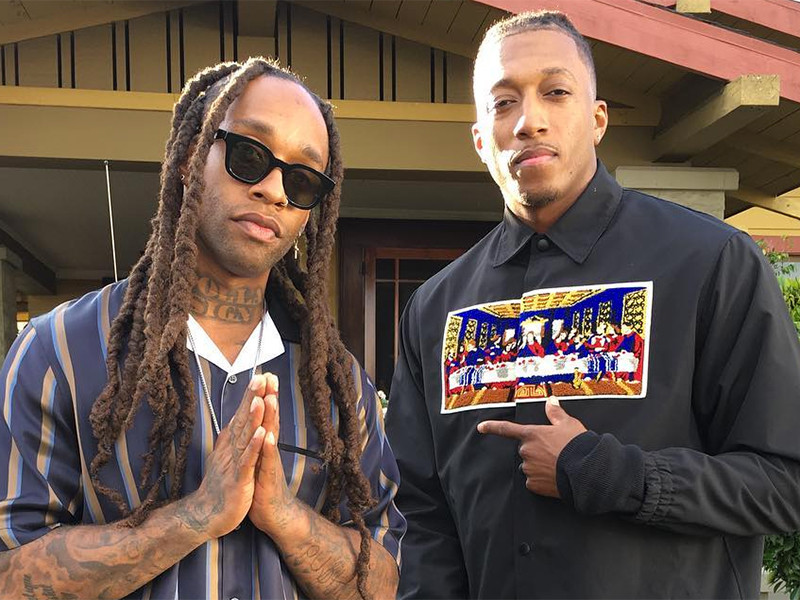 Christian Hip Hop is imploding. Its stars, lured by secular money, are leaving. New singers are ditching hard-fought standards (like no cuss words) and marginalizing salvation. It’s become disunited and sexist. From what you read or watch online, you get the feeling Christian rap has a bad rap and its fans are now singing the […]

Ends in 83 days! 2 Copies of Spiderman:  To enter for Spiderman

Ends in 94 days! Platinum PS4 Headset:  To enter for Headset

Giveaway for a Platinum PS4 Headset

99 days until Dec 31st! Not just that! We also are giving away a Platinum PS4 Headset which also works for the computer! Jesus bless you! And we hope you win! Mass Shooting in FL at a Madden 19 Tournament

Yesterday, on Sunday 8/26/18, there was a mass shooting at the Madden 19 tournament. Here is the article: http://www.latimes.com/nation/la-na-jacksonville-mass-shooting-20180826-story.html Also,  there is a video on the article of the guys streaming on Twitch & you can hear the gunshots on Twitch.

We lift up everyone up in prayer who was at the event and also to their families. Lord Jesus, we pray for healing for the victims of this crazy event that happen. We pray not just for their physical health but for their spiritual health. We pray You open the up their eyes of their hearts, O Lord. May each one of them come to know You personally as their Lord & Savior.  We pray for the hearts of their families as well.  May You reveal Yourself to them.

Yes, this is a horrible situation, but if someone dies without Jesus, they go to Hell. That is the worst of worst.

If your reading this and you were at the event in FL of the mass shooting. We are sorry this happen.  We love you. If you need to talk, contact us. Also, you may check this page out: https://116boyz.com/do-you-know-jesus/ & Jesus bless you abundantly!

Ninja explains his choice not to stream with female gamers 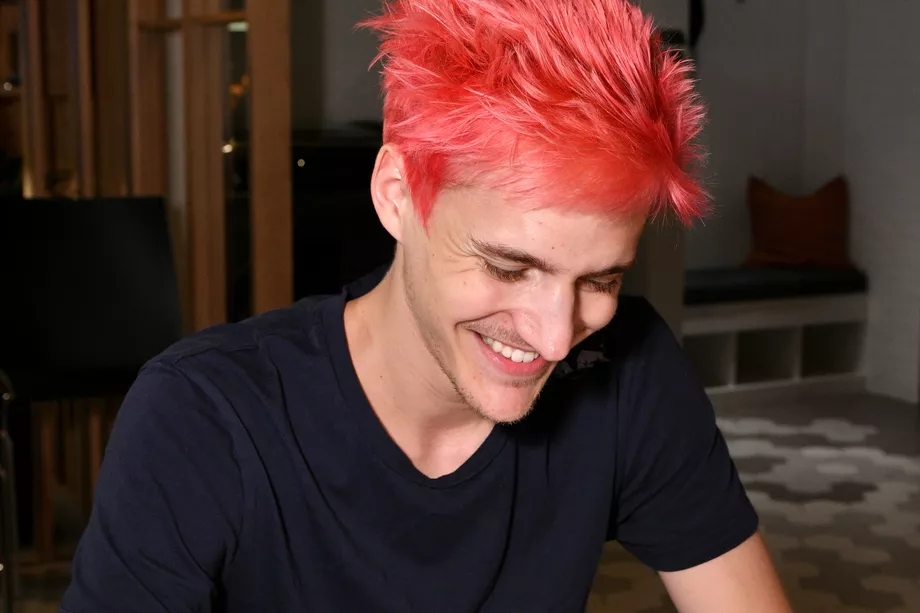 “I don’t play with female gamers,” says Tyler “Ninja” Blevins, Twitch’s biggest streamer and one of the faces of the Fortnite fandom. This edict may be surprising to hear, especially as emphatically as Blevins said it when we spoke at a recent Samsung event.

Though Blevins isn’t shy about being married, and his more than 10 million subscribersinclude people of every gender identity, the internet’s love of gossip has convinced the Twitch star not to invite women to participate in his Fortnite Battle Royale livestreams. With fame comes scrutiny of every thing you say or do, he suggested, and that can sometimes lead to questions about who you’re sleeping or flirting with on the sly.

“If I have one conversation with one female streamer where we’re playing with one another, and even if there’s a hint of flirting, that is going to be taken and going to be put on every single video and be clickbait forever,” Blevins told Polygon.

There’s some truth to idea that flirting can lead to YouTube clickbait and invasive questions — Blevins has asked some himself when playing with other well-known (male) streamers. Take the clip below, from a Twitch stream with Fortnite star Ali “Myth” Kabbani.

Imane “Pokimane” Anys is another big name on Twitch whose popularity grew rapidly over the last year, and when she started playing Fortnite on streams with Kabbani, viewers began to ask: Are they dating? Fans assume Twitch streamers are in a relationship just as often as they speculate on their marital status. And that apparently includes Blevins, who used his mega-platform to further perpetuate that rumor.

Whether or not it’s true that Anys and Kabbani are together is, obviously, their business. But when it comes to his relationship with streamer Jessica “Jghosty” Blevins, who often appears on her husband’s channel, Blevins is happy to open up about his devotion.

“[Not being connected to other women online,] that was something I made 100-percent sure,” he said. It was his decision alone to keep his streaming partners men-only. “That was not even her. She had nothing to do with it. That was me being, ‘I love our relationship,’ and, ‘No — I’m not even gonna put you through that.’”

A growing Twitch means a diminishing sense of privacy, especially for women on the platform. Female streamers have opened up before about the difficulty in maintaining a separation between their Twitch personas and who they are offline — often at the behest of viewers who demand answers, lest they assume what’s going on for themselves.

Respect is a major part of playing Fortnite and other games. Yet women often are the receiving end of anything but: “Twitch thots,” harassment, warding off obsessive or judgmental viewers are all serious concerns for well-known female streamers. In contrast to the reality of being a woman on Twitch, Blevins’ choice to draw a line feels like a conservative gesture — even a familiar, divisive one.

“There hasn’t been a single female gamer or streamer on Twitch or anything like that who’s been upset about that,” he said of possible pushback. “I honestly think that […] it’s just kinda like a respect thing.”

Ninja may not hear criticism of his decision, but similar gender-based views have received pushback in the political sphere — think of the outcry surrounding Vice President Mike Pence’s supposed marital boundaries. Still, the Twitch streamer is sticking to his absolute, which he believes is the only choice.

“The only way to avoid that [gossip] is to not play with them at all.”

Yes, it is official we are giving away a copy of Call of Duty: Black Ops 4. You choice of platform. & By the way, we are streaming live on https://www.Twitch.tv/116boyz again or you can watch on our website: https://116boyz.com/twitch-live/ Stop by & say hi.

We are giving this out 2 days before the release date, so if you do not win, you purchase the game yourself.

We are giving away Tom Clancy’s The Division for Xbox one! Just a heads up, we will be giving a lot of gaming stuff away. For Xbox, Playstation, Nintendo, PC, Mobile & retro. Here is our 1st giveaway! Share with your friends and family. 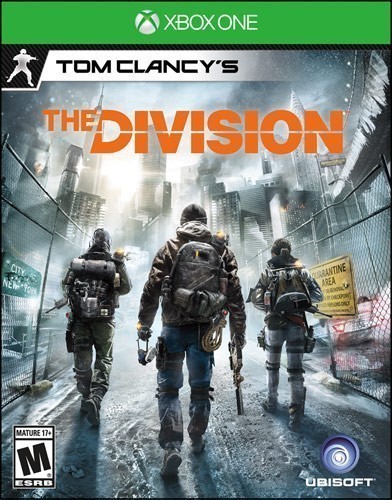 PureFlix is now on Xbox One!

Huge News! PureFlix is now on Xbox One! Want to get a free month? Sign Up & Try it out. Jesus bless you all! https://www.talkable.com/x/LpcW2Q 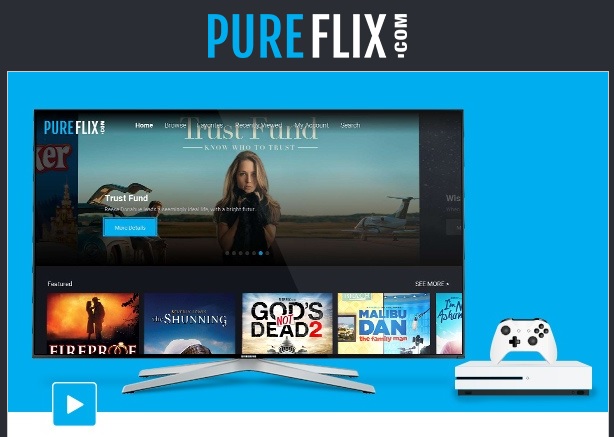 While most 11-year-olds are trying to get through 6th grade, William Maillis was working on his associate’s degree.

He graduated from St. Petersburg College in Florida over the weekend.

Maillis started doing simple math when he was 1, followed by algebra at age 4.

The young genius has big plans for the future.

“I want to be an astrophysicist,” he said. “I want to prove to the world that God does exist through science.”

Maillis will start classes at the University of South Florida next month to continue his education.

Not just that today is Independence Day which in other words Freedom. But look at the spiritual. Where ever you are in the world, you not be in the USA so July 4th isn’t anything to you. Well it can be, look at it as a day of freedom in Christ Jesus. We celebrate His birth (Christmas) & is Resurrection (Easter) so why not celebrate the freedom we have in Him. 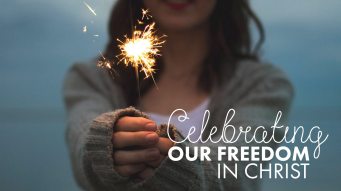 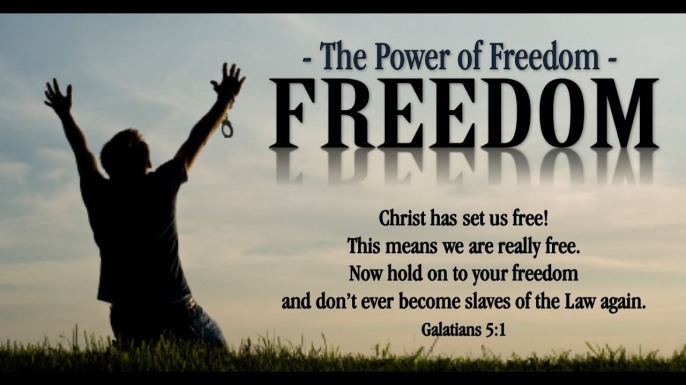